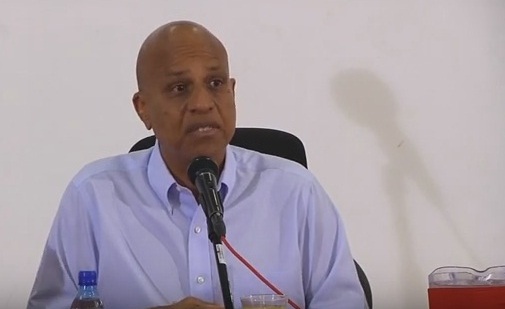 There are few issues that one could say register on the economic Richter scale more significantly than one that could potentially cripple or disable a country’s ability to process payments across international borders.  Fundamentally, any open economy, including Belize, needs to be able to send or receive money from abroad in order to facilitate trade in goods and services. However, outside the bankers’ guild, not many individuals traditionally concern themselves with the technicalities that make such operations possible. And, up until the recent global “de-risking” trend by correspondent banks, frankly, there was no immediate need for the non-banker to do so.

Nonetheless, times have changed, and the new-found global “de-risking” phenomenon demands that even the layman gains some insight into what is “de-risking”, what consequences this trend has on jurisdictions like Belize whose banks run the risk of losing their Correspondent Banking Relations (CBRs), and, lastly, what solutions or remedies are available.

What is Correspondent Banking?

A simple example could help bring the role of CBRs into focus. Let’s say in Belize, a customer of one of our domestic commercial bank needs to pay for a product that he has bought from some company in the United States. After the domestic bank has determined the necessary foreign currency exchange to pay the US-based supplier of the good, the local bank will deduct the appropriate amount from the Belizean’s domestic bank account. Subsequently, the domestic bank (i.e. the respondent bank) instructs its correspondent banking partner in the United States to pay out the corresponding amount to the US-based supplier from the respondent bank’s correspondent account that it has with the foreign bank.

The Committee on Payment and Market Infrastructures (CPMI) defines correspondent banking thus: “An arrangement under which one bank (correspondent) holds deposits owned by other banks (respondents) and provides payment and other services to those respondent banks.”

After having clarified correspondent banking, it’s necessary to also define what is meant by “de-risking”. The Financial Action Task Force (FATF)—which a recent World Bank study on correspondent banks “de-risking” labeled as the international “standard setter” on anti-money laundering—defines de-risking as:

“The phenomenon of financial institutions terminating or restricting business relationships with clients or categories of clients to avoid, rather than manage, risk … De-risking can be the result of various drivers, such as concerns about profitability, prudential requirements, anxiety after that global financial crisis, and reputational risk.”

As was stated earlier, the “de-risking” phenomenon is a global trend. In a recent study by the World Bank (2015), entitled “Withdrawal from Correspondent Banking: Where, Why, and What to Do about It?” 75% of the international banks surveyed indicated that they have reduced the number of vostros accounts (the account that a correspondent bank holds on behalf of a foreign respondent bank) between the “end of 2012 and mid-2015.”

The majority of the international banks surveyed also indicated that the termination or cutting back of their CBRs with certain jurisdiction is part of a larger revision of wider policy changes.

According to the aforementioned World Bank study, 70% of the large international banks said the reason for the change in policy was in “relation to broader risk management”. Half the respondents also said that the change was to either comply with new or revised legal requirements (regulations) or simply as part of their business strategy.

Regardless of the rationale governing the correspondent banks’ change of policy, the effects are felt globally. Of the 170 local or regional banks that participated in the World Bank (2015) study, the regions that are most affected “by declining foreign CBRs included Europe and Central Asia where over 80 percent indicated a moderate or significant decline in CBRs.

“Latin America and the Caribbean was also highlighted as being a region significantly affected by declining CBRs where 66 percent of the banks reported a decline. The Caribbean, more specifically, was affected with 69 percent (32 banks) indicating a moderate or significant decline in CBRs.  Follow-up conversations and phone interviews with several local banks confirmed this trend in the Caribbean” (World Bank, 2015).

Why are banks de-risking?

In terms of the latter, the World Bank study states: “The decision to server ties with certain actors as based on the level of ML/FT (Money Laundering and Financing of Terrorism) risk on the counterpart being unmanageable, and concerns that one might fall foul of AML/CFT [anti-money laundering/Combating the financing of terrorism], international/regional sanctions—or other legislation or regulations.”

More specifically, many of the international banks that participated in the study cited concerns regarding AML/CFT regulations and Customer Due Diligence (CDD) and Know Your Customer (KYC) procedures. The increased risk of running afoul of the regulations and the simultaneous fact of “lack of profitability of certain foreign CB services/products” were also cited among the top (of many possible) reasons for terminating and/or restricting CBRs” (World Bank, 2015, p. 32).

Belize at this time

A look at movable assets and secured transaction reforms (part 1)