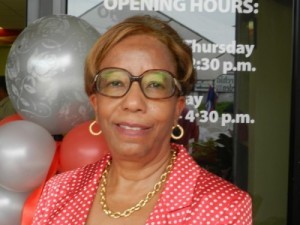 The National Bank of Belize, established in 2013, has distributed over $1.6 million in loans to local small businesses, as the Government of Belize continues to work towards eliminating impediments to the creation of local businesses.

The Bank gives business loans up to $150,000. Thus far, seventeen small businesses have benefitted from the easy-access, low-cost, 100-percent-financing option that The Bank provides. Probably most significant, is the fact that apart for providing full financing, the National Bank uses salaries as a source of security; thereby, addressing the lack-of-collateral constraint that served as a salient impediment to accessing credit for small businesses.

Providing an alternative financing option that didn’t require the conventional forms of securitization was necessary, given that many small business men and women would not have property to collateralize.

This point was underscored in the World Bank’s 2011 Enterprise Survey, in which the 150 respondents—who were mostly business owners or top managers—said that 97.5 percent of all business loans require collateral. To compound the matter, the survey’s results showed that, on average, the value of the collateral exceeds the value of the loan by 182 percent. The Enterprise Survey also reported that more 66% said that access to finance was a major constraint to doing business in Belize.

This shows that the bank is moving closer to functioning on the same footing as the commercial banks, as it pertains to the class of loans offered. As far back as 2003, when the bank first opened, National Bank of Belize’s Chairman Senator Joy Grant had told the media that government intends to have the bank function as a full-fledged financial institution that goes beyond just mortgage lending.