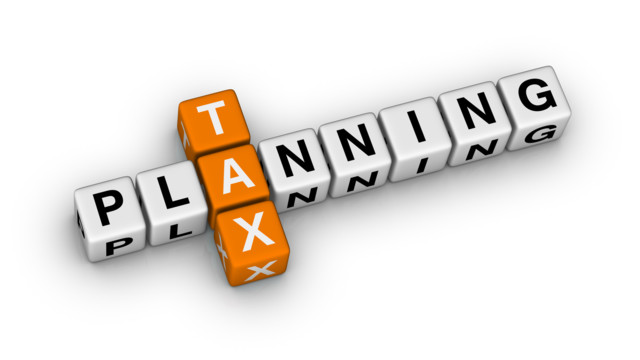 Over the years, the acknowledgement that small businesses are the “backbone of an economy” has virtually become a cliché of sorts, as there have been no shortage of reports or officials extending this reassurance of significance to the private-sector. However, to the Economic Development Council (EDC or the Council), the role of the private sector extends beyond any mere aphoristic reminder; instead, it is the very mandate upon which the council is built.

Continuing on the “backbone” motif, one could say that the EDC—in collaboration with the relevant government bodies, ministries and partners such as the Inter-American Development Bank and Compete Caribbean—is charged with providing the private sector with the appropriate calcium-rich diet that it needs to not only accelerate the nation’s economic growth, but by extension also improve living standards of the average Belizean man and woman.

Consequently, the EDC—a partnership council with equal representation from the private and public sectors—is charged with championing reforms that bring about an environment that is more conducive to economic growth. Among those things that engender such an environment is the tax structure, an issue that has taken a frontal role in the work of the council.

In 2011, the World Bank’s Enterprise Survey—which was informed by interviews with 150 local business owners and top managers—had revealed that approximately 25 percent of firms in Belize found the tax administration system to be a “major” constraint to business activity. A separate, 2013 study by Compete Caribbean had found that roughly one-third of that study’s respondents shared this view. But, and probably most importantly, the representatives of the private sector have repeatedly expressed this concern directly to the Government of Belize.

It is for these reasons that in June this year the Council established the Trade and Tax Policy Committee (The Committee) that is tasked with conducting a comprehensive review of Belize’s trade and tax regime. Amparo Masson, the director of the EDC’s secretariat—the Private-Public Sector Dialogue (PPD), explained the general purpose of the review. “The overarching idea is that the changes recommended by The Committee would be able to broaden the tax base, through a simplified regime that is equitable and less burdensome to the tax compliant, while simultaneously encouraging investments, strengthening the private sector’s international competitiveness, improving efficiencies in tax administration, and, of course, fostering economic growth in Belize.”

Masson had also underscored that this process isn’t just beginning, but rather her team and other government bodies, with the assistance of multilateral agencies, have been working on improving this area for some time now. “Work on this issue stems as far back as the 2011 Prime Minister’s forum when the Steering Committee, which is now the EDC, was first formed,” Masson shared. “This is a very involved process, and we are making every effort to ensure that these policy recommendations and, by extension, eventual policy changes, lead to the desired outcomes.”

But what makes the process so “involved” as Masson pointed out? The depths of the complexities of the current tax structure—and the adequate goals for its simplification—cannot adequately be explained in one article. Therefore, this matter will be discussed in future installments of the “Strictly Business” Column. Nevertheless, we can start with what most business men and women already know and experience.

Given that Belize’s net tax revenue is well over 22 percent (of Gross Domestic Product)—a figure that is above the average for the Latin American and Caribbean Region as a whole (approximately 18 percent of GDP), our tax system is recognized as one of the most effective as it pertains to generating revenue. However, this accolade is marred by the tax administration process that the private sector has repeatedly identified as being harmful to economic decisions. In a nutshell, the system has been described as being “inequitable” and too complex for both the tax payers and those tasked with tax administration.

More specifically, there are at least five key areas that analysts have identified as being especially problematic: (i) there are too many different taxes; (ii) there exists too many exemptions, (iii) the continued reliance on “sub-optimal” forms of taxation; (iv) the employment of special tax regimes, and (v) the fragmentation of the tax administration.

End Goals of the Trade and Tax Review

Consequently, the review has three overarching end goals: (i) to provide proposals for reform regarding main taxes and fiscal incentives, alongside an analysis of their respective economic consequences; (ii) the institutional strengthening of the tax administration process; and (iii) the final dissemination, stakeholder discussion and validation of the reform proposals.

While the above serves as the overarching goals of The Committee’s mandate, these objectives are further broken down into six specific activities: (i) “Strengthening of the institutional capacity of Belize’s Tax Administration”; (ii) the streamlining of trade-related and excise taxes; (iii) the phase-in from the current business tax (a type of gross-receipts tax) to a conventional corporate income tax; (iv) the establishing of a new tax incentives policy that promotes investments; (v) ensuring that officials in the Ministry of Finance are trained in the use of the model for tax and trade reforms assessment; and (vi) upon approval achieving consensus among key stakeholders, the final implementation of the reforms that the review proposes.

This article will look specifically at the first goal listed above: the “Institutional Strengthening for Belize Tax Administration.” Currently, there are four agencies (apart from the Social Security Board) that are tasked with tax collection: the Belize Tourism Board which has traditionally collected the Hotel Tourist Accommodation Tax (HTAT); The General Sales Tax (GST) Department; Income Tax Department; and the Customs and Excise Department.

“The issue with this current structure is found in the fact that each department maintains their own taxpayers’ database, and there is no information-sharing protocol between these various departments,” Masson explained. “This type of thing could, of course, lead to poor coordination and unnecessary duplication of functions as it pertains to tax administration”.

The inefficiencies in such a system also limit measures that can control evasion, while simultaneously eroding the potential improvements in tax-revenue generation, and augmenting administrative costs of tax collection.

Masson went on to explain that the result of tax review as it pertains to addressing tax administration is to propose a plan that would see the merger of some if not all the tax-revenue collection agencies. “This, of course, would simplify the process for local businesses,” she added. This sort of amalgamation of tax collection agencies would also improve the information-sharing systems, again, adding to increased levels of efficiencies in the tax administration processes.

To reiterate, each pillar of this trade and tax review process is expected to culminate in a final plan— after extensive consultations—that is “efficient, simple, and equitable,” Masson added. “It is expected that the Committee will propose innovative ways for us to improve tax administration, for example, which will also contribute to the stimulation of economic activities and improve competitiveness of our local businesses as they compete in a global business environment.”